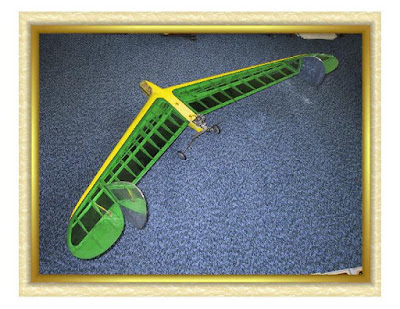 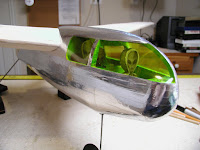 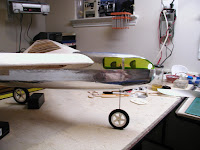 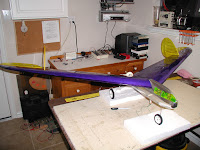 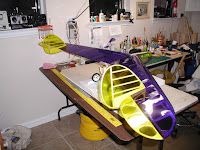 http://4.bp.blogspot.com/_jd1pwh-awwM/TLEZqEksANI/AAAAAAAADEk/fKNRmqddqyQ/s1600/Gross+TE.jpg
Eut based the plan for the 1940 Gross Flying wing off of the published plan for the  later, post war GrossWing.    Bernie Gross explained that the 6 foot wing of the original was the same used in the published Gross Wing.  The fuselage was drawn using photos and sketches from the period.
The picture in Grant's book seems to suggest the model was a midwing design.
Yes the original was a mid-wing, I made a mistake, but since my plan had been approved before I discovered it I let it go. 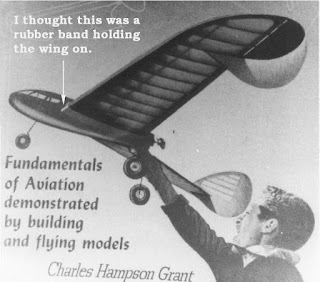 How would this have affected prop clearance?
That is how the error was discovered, a fellow in Australia built one at the original size with a Brown and found a 14" prop would cut a 1/2" notch in the T.E. of the wing. My error  results in the wing being farther aft.
I wonder if a steerable nose-wheel would give some yaw control in flight.
Bernie Gross was deaf from birth.   He designed a full-size Tailless glider which he named: The Deaf Hawk.
More tailless photos here.
Posted by Tom Ryan at 10:52 PM

Can you please tell me where I can buy a plan for the Bernie Gross flying wing 1941. Thanks Dave Weller
davidweller1@optusnet.com.au

Eut Tileston has them in 3 sizes.