Rudy Hewert asked: Gents; In following this discussion, I am getting somewhat confused by the names of the vari- ous products. Anyone know who actually makes "Polyspan Lite"? Polyspan, Polyspan Light (sold by Larry Davidson and maybe Mike Woodhouse), Salzer Tissue, and SAMSpan (polyspan sold by SAM 27 in Northern California) are all vari- ants of the same thing - spunbonded polypropylene. It is an industrial product and it's made by a lot of people. (In my old work life I was a lawyer who helped form a joint venture and gave ongoing business legal advice to a world scale polypropylene plant that was built in Southern California.)

Here's what Dupont has to say about "Spunbond Polypropylene": DuPontTM Spunbond Polypropylene is a non-woven fabric composed of thermally bonded, continuous polypropylene filaments. The structure gives it good filtration properties and tensile strength even in diagonal direction. In addition, it is made of 100% polypropylene, which makes it resistant to moisture and chemical attack. It is a unique composite media that combines polymer technol- ogy with DuPont nonwoven manufacturing expertise. The polypropylene based material is an exceptionally strong yet light, pleatable material with excellent drainage and permeability properties. It is manufactured by a unique inte- grated process in which continuous filaments of polypropylene are spun and then immediately formed into a multi- directional arranged web that is heatbonded at filament crossover points.

Polypropylene comes out of the reactor in the polypropylene plant as a white plastic pellet about the size of large rock salt. It's then shipped to fabricators. Fabricators melt that plastic pellet and do lots of different things with it by running it through extruders, moulding machines etc. It shows up in plastic deck chairs, flower pots, medical trays, in a clear film wrapping cigarette packs and CD's - and in various "spunbond" forms. That spunbonded polypro- pylene is a fabric. It's made in as many different weights as there are manufacturers and end users. We sold a lot of it to people who made disposable diapers. It gets rolled up and used in filters - cigarette filters, water fil- ters, automobile oil filters, for all I know. It also gets used in sheathing or interlining or facing material that you can buy at your local fabric store. In thicker fabric weights it gets used to make disposable lab coats, Hazmat suits etc.

The manufacturers have large capital investments in these machines - one of our customers was making clear film in China. He had the film coming off the machine at about 2,500 fpm - or close to 30 miles per hour in a roll that was 10 feet wide. You'll note on Mike Woodhouse's earlier post that when he got some light polyspan from a manufac- turer in Austria, he had to buy a 2.5 kilometre long roll of the stuff.
Since spunbonded polypropylene is a plastic, it doesn't react to water - and so doesn't shrink when you spray it. It does react to heat, so you can shrink it or set a different warp in a wing through use of a heat gun. And because it doesn't react to water, it doesn't sag on a damp morning.

For our modelling purposes, we want it in the relatively lighter weights. You can buy "Polyspan" from the usual sup- pliers - Woodhouse, Davidson, some of the local hobby dealers and cottage industry people. That stuff is all good, and a lot of us use the material in just a single coat with nothing but dope.
But if you can't find a polyspan supplier and you're in a pinch you can go to the local fabric store (they still have a few of those around) and look for dress interlining or interfacing. That material is spunbonded polypropylene. The sewing and tailoring folk use this stuff to thicken up colours, cuffs, coat lapels etc. It comes in white - any colour you want, so long as it is white because after all it's going to disappear inside the finished article of clothing.

It comes in several different weights so you need to look around. The lightest stuff is probably not useful, so go for the medium or heavier weights. Most of the stuff that I've seen is light - a bit lighter than Larry Davidson's "Light Polyspan", and would take a lot of dope to fill. But if you are going to double cover with tissue or silk over the material, then there's a lot to be said for it. The polypropylene fibres run in all directions and are bound to each other by heat - so you add tremendous tensile strength to whatever you already have in the tissue or silk where the fibres tend to run at right angles to each other.
As long as you're down at the dress or fabric shop, you might also look at the coloured dress sheathing material. A lot of this stuff is made from polypropylene or other plastics. I covered a Peerless Panther in red and silver grey dress sheathing in the late '80s, and flew it with a Mills 1.3. The red and grey was heavier than silk, but it was hell for stout and that was just fine for a sport model. Unlike silk the colours never seemed to fade much in the sun.

You have to be careful with the coloured dress sheathing when you put it on, because it doesn't shrink with water, or much with tautening dope for that matter. It does shrink with heat. I still have some of it - as I recall it was like $3 a running yard of material that was 50 inches wide - when I was paying $10 a square yard for Esaki silk. Cheap is good!
Posted by Tom Ryan at 11:20 AM No comments:

Dr. Randall Krystosek started this a couple years ago for an O&R.23.
It is now being modified for an Elfin 2.49 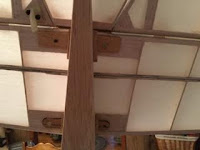 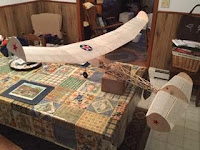 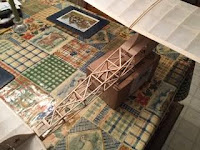 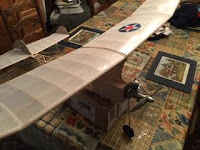 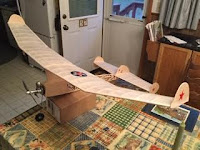 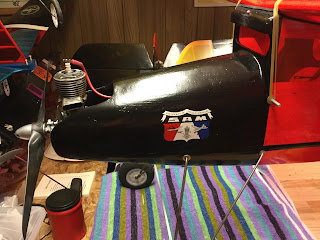 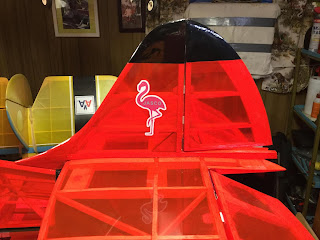 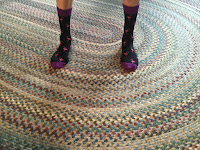 Passing of a great modeler 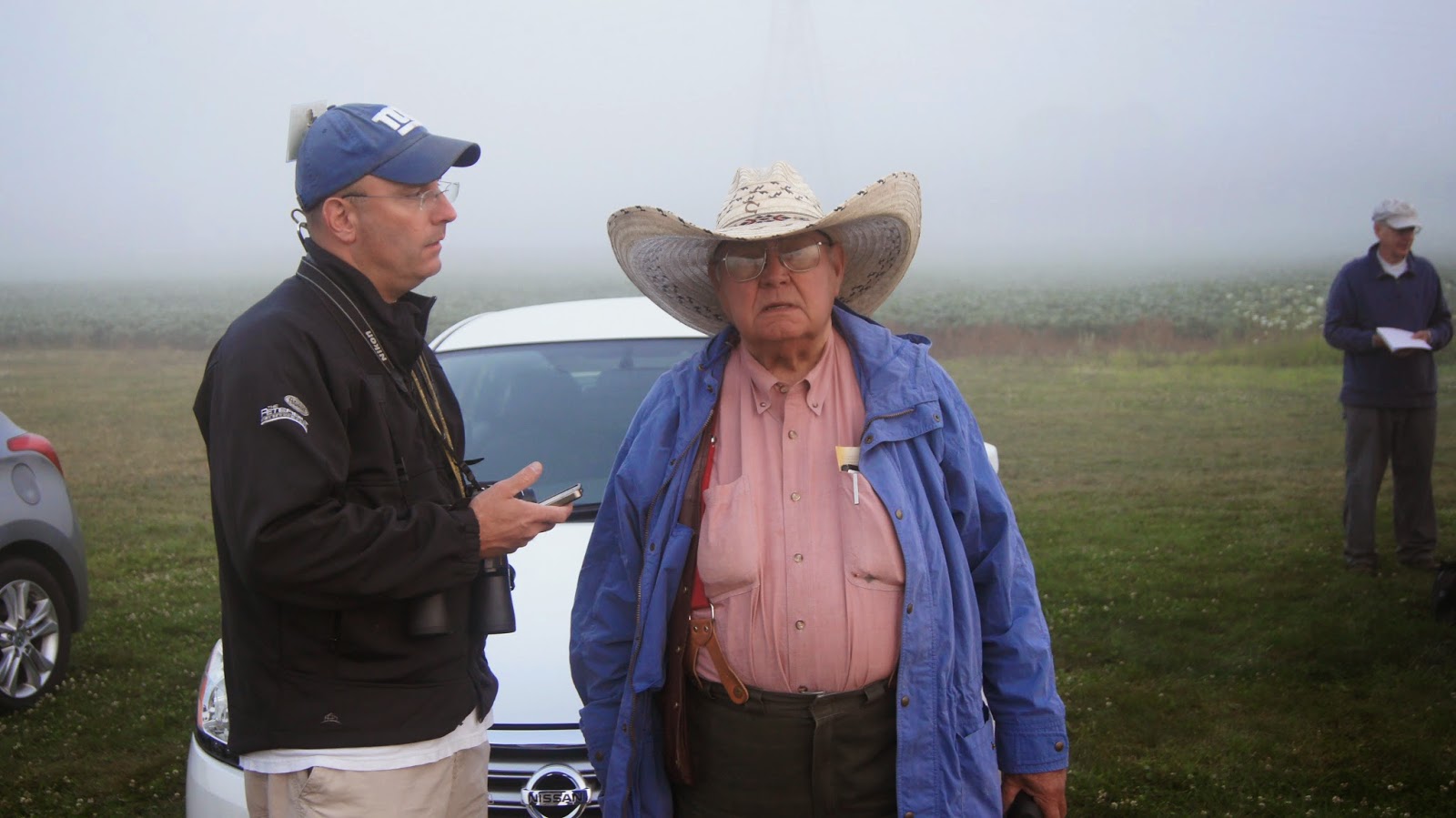 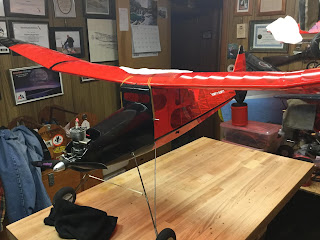 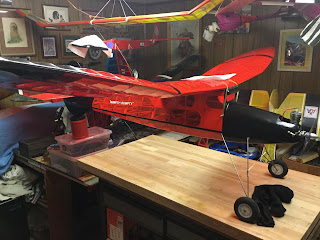 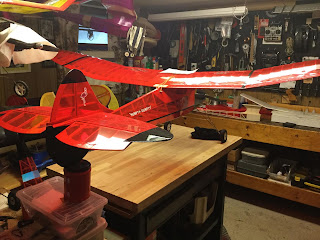 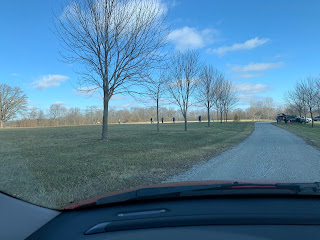 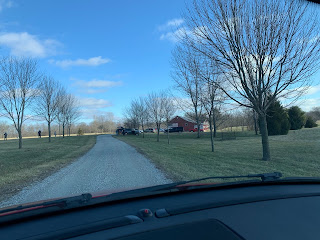 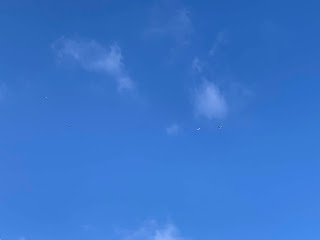 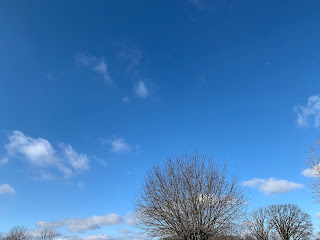 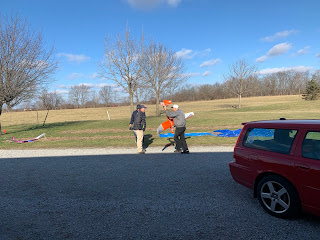 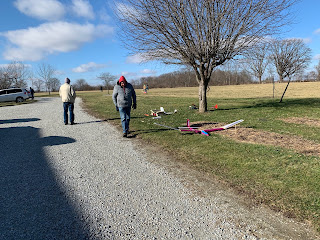 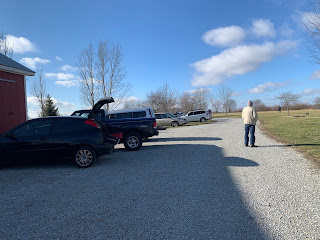 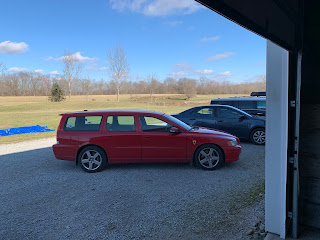 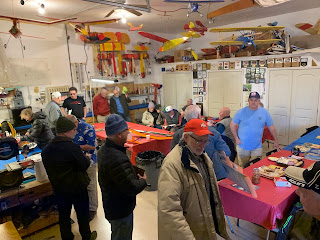 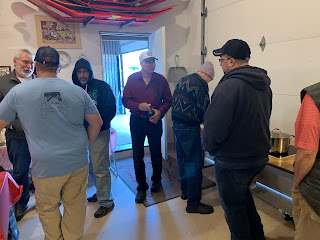 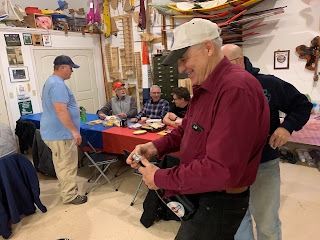 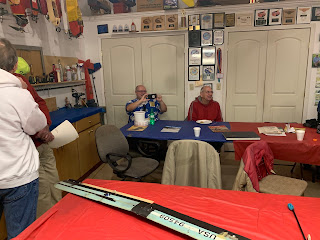 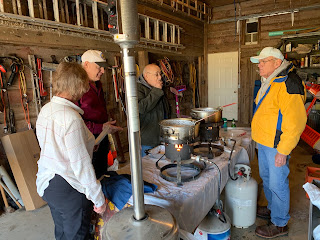 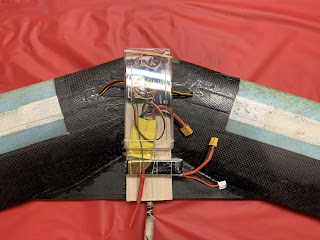