Hi Tom, I saw an old article in an old magazine of a Cox .049 engine attached to a small block of wood and two shop rags hanging from it. Bob Stought at our meeting said he had one that he had flown a dozen times and a few days later presented it to me. See picture attached. You get the engine running and give it a twist in the direction of torque and send it straight up. The rags each with a knot in the end swing out with centrifugal force and it goes up like a helicopter. He said it works great. The rags are saturated with oil presumably from the exhaust so I have to believe it. What could be simpler. Not a good glider though. 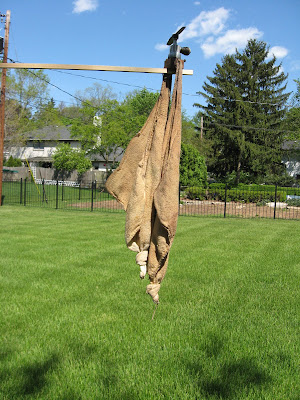 This video is an addendum to the engine and rags: http://youtu.be/cquvA_IpEsA

I have some good news ! Willie is back, safe and sound. I spent a week distributing fliers in the Nashville area with no luck, then someone suggested CraigsList. I found out what that was and made up a very descriptive ad, offering $50 reward. That was Saturday afternoon, and Sunday afternoon I got a phone call from people at Murfreesboro (about midway between here and Nashville) saying they had him. Description two white spots on his head and he talked with a Brit accent ! I went up there to collect him, not really believing it until I got there, but it was Willie alright. He apparently flew through the thick woods when he disappeared and came out at an unfamiliar place. Not being able to find me, he went to someone else for help and they took him home to Murf where they already had a female parakeet ( I should have such luck ! ) I'm sure that without the $50 reward they would have kept him because they said they would put it toward another bird but Willie was easily worth that to me. He sat on my hat and studied me all the way back on the 40 minute drive and when we got into town here he started to recognise places. When I opened the car door to get out he shot off for the front door and when I opened it he made a beeline for his own little house. I trimmed his wings a little and it hasn't affected his flying but his rate of climb is reduced ! Now he doesn't like me getting more than six feet away from him. The impossible done immediately, miracles take a little longer ! ERIC CLUTTON 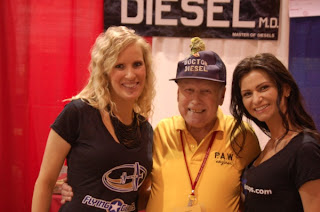 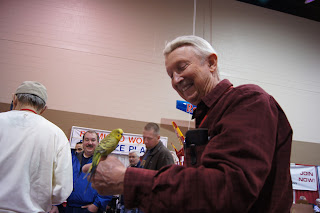 Glad to have seen you and your father in Toledo. Hope to see you in Muncie for the Sam Champs. In the meantime, here are a couple of pics of my Kerswap squadron. Just tested these this past Saturday and both flew very well! 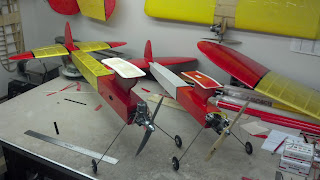 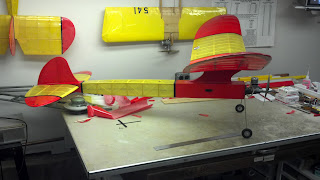 Regards, and again hope to see you in Muncie for the SAM Champs.

Tom,
Here is my 2.4 gHZ Heathkit, courtesy of Tony Stillman of Radio South. I haven't flown it yet, but it works great on the bench with the XPS Nano receiver. The background is my building area/office/dinner table with
the semi finished wing panels for my Thor that I hope to fly this year in the Brown Jr. event at the SAM Champs. 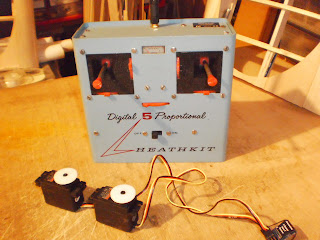 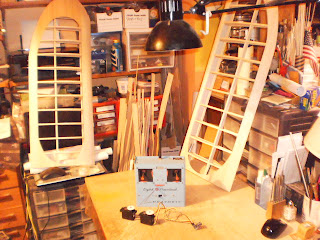 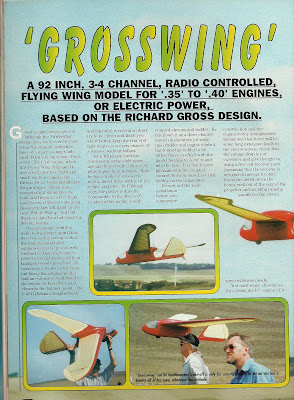 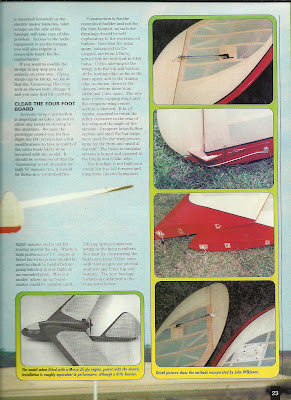 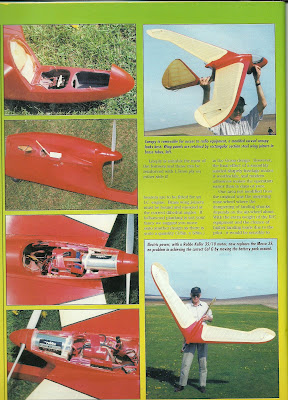 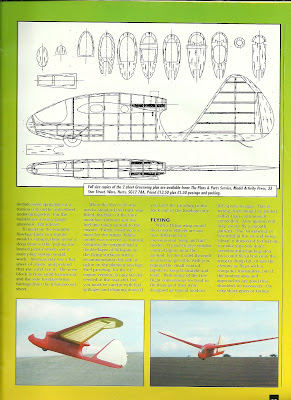 Flying video of a Cloud Snooper as seen on a recent R/C Groups build log.