Thought you would like to see some photos taken at the flying field.

General photos of the field as of Sunday morning July 18.

Tractor ( the one with the hood ) donated By the Willard R/C Club. Grover Ritter brought it from Willard and reworked it to run. Needed a belt, bearing and pulley.
Bob Simon did some work on it also.

The club tractor ( no hood on it ) was resurrected from HELL by Grover and Don Perdue. It sat at the field for two and half to three years. You could not see the fins on the twin cylinder engine due crap put there by field mice. The starter was not recognized due to mice crap. Don finally cleaned enough crap off to find the mounting bolts so it could be removed. Grover told Don that the shaft would be corroded and would not turn. Don cleaned the starter and told Grover it turns.
Well the next step would be to try to start the engine. My contribution to this epic rework was the jumper cables.

Grover put the gas, which sat in the storage container for three years, in the gas tank and dump some in the air intake. I hooked up the jumper cables to my car and the old battery on the club mower. Grover said "it will not run". Don said "I think it will run". Me (Bucky) sat on the picnic table and prayed it would run.
Don Perdue was given the honor of trying to start the engine. The engine turned over with a few chugs and then spit some gas out the air intake just as Grover started to get a closer look at the engine. You ought to see Grover jump back and the engine roared back to life. Grover tuned up the carb and said the engine has been reworked so many times we better use 50 weight oil. Don said "great". I got some at home.

New blades and a mower belt have been installed on the club tractor. The startup on the tractor has not required a jump. It starts ever time. I started it this morning.
That battery has to be going to the Hall Of Fame For Batteries.

Ray Ozmun brought his Brush Hog out to the field twice to knock down the two to three feet high grass so the lawn tractors could be used.

Don, Grover, and me have mowed very rough field. Don and myself have mowed the cut down field two times and you can see the results in the photos.
It takes about one and a half hours using both lawns tractors.

Threw in some photos of my Sonic scruiser which I haze been flying just about ever day this last week and this morning.

It is time to start flying. 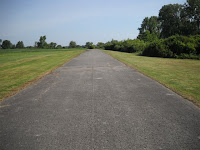 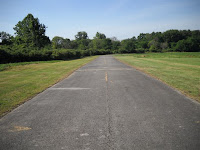 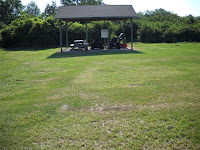 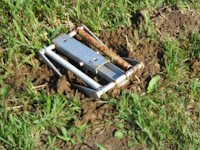 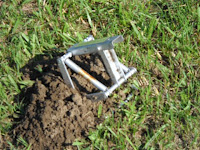 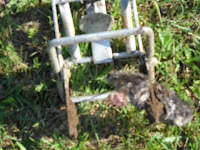 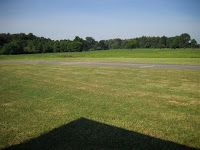 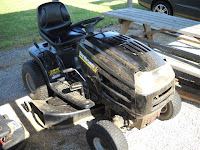 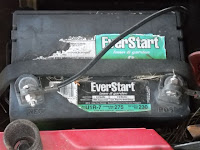 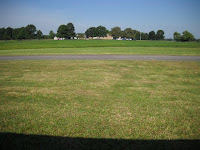 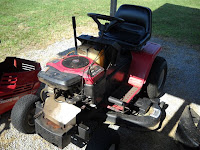 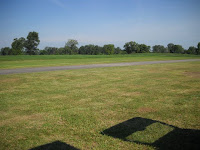 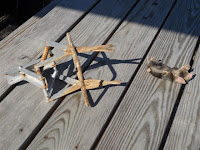 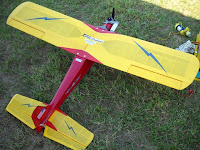 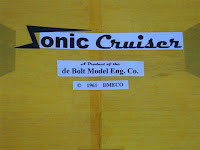 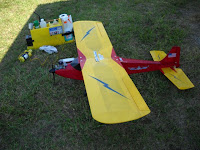