Model doesn't appear to have any warps and is straight with the exception of a lot of right thrust. Still, it goes left in climb and glide. 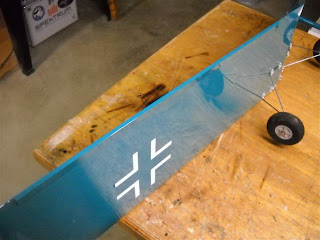 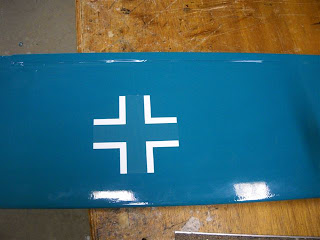 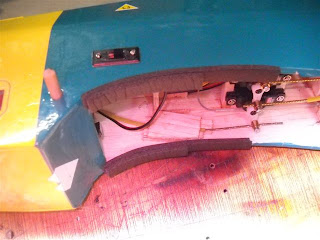 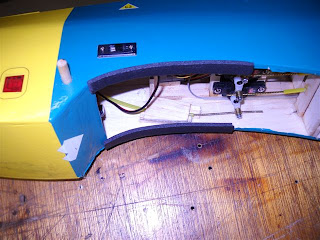 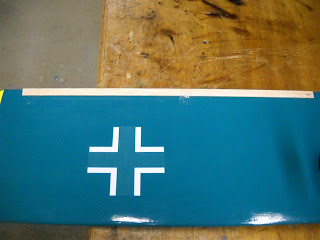 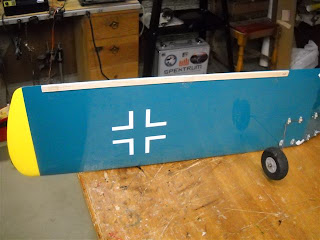 Photos show the balsa trailing edge attached to the wing which made the model fly straight. Also after it was Monokoted.
I added some more wing cushion to lower the angle between the wing and the stab: hopefully the climbing will be decreased
Also reduced the stab trim which I put in with the Quick Link.
Soon as the wind and the rain subsides I will fly it again and see if the changes made a difference.