I did fly it but not at Chicopee back in 1986, but not in competition. I had ignition problems cause by a bad Wilco coil. I picked up an Aerospark
at the Collecto, but by the time I got it in, it was to late. I flew it a number of times at Galeville and ended up giving it to Hank Sperzel.
It was powered by an O&R 60 small exhaust and covered with red silk. My basement was damp and the silk would go slack so I had to
check for warps every time I flew it. A pain in the butt. 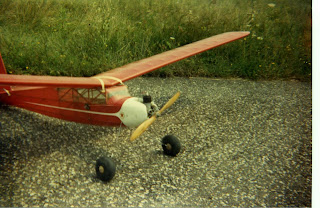 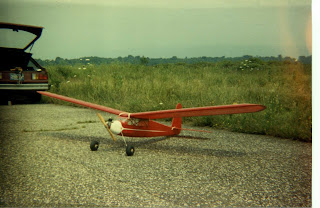