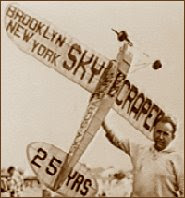 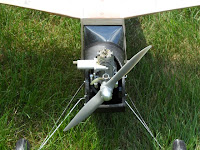 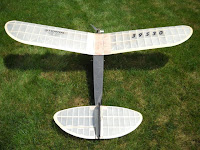 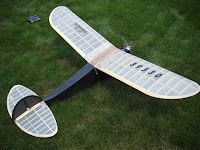 for the Foxaco Event turned into a Plane Jane.
Tom Ryan said he would bring his spray gun & spray the tips of the flying surfaces with Day Glo Pink. 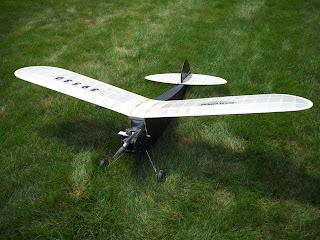 Tom sent the Sky-scrapers Decals, one of which I used on the wing. 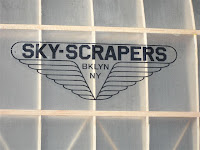 Tom's father, Frank, wanted photos. He is getting photos along with the rest of you guys.
Plan on flying the Powerhouse next Tuesday, August at Shelby, Ohio. Then fly it at the SAM 40 Contest at La Salle, Michigan on August 5.
Nothing like cutting it close. Bob Erpelding suggests that I make the checkout flight at La Salle in the morning. Now that is really cutting it close.
The weather has been terrible for flying this year, so I have been building.
The Speckrum DX5e radio is installed. It is a nice simple 5 channel radio. Also Cheap! 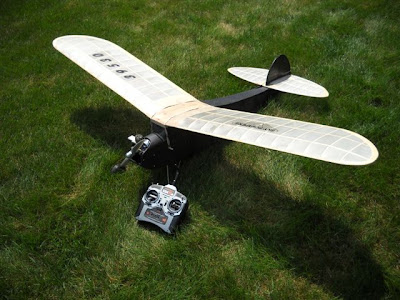 The locater radio is also installed 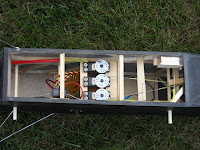 , just in case the old eyes fail or in years passed, Tom McCoy put a hat over my face while flying a R/C 1/2 A Texaco. 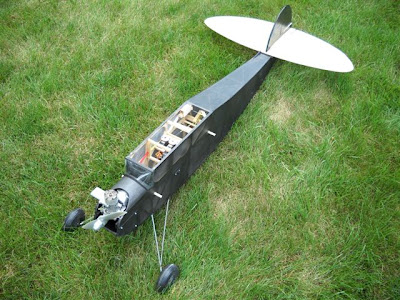 I lucked out and spotted it. 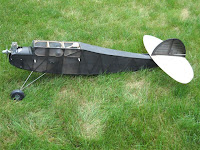 I was flying proxy for the Contest Director, Jack Brown. Also won the event for Jack.
Bucky 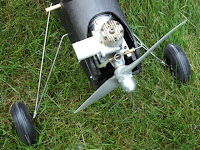