Tandy's updates have been coming faster than I can post them.  Here's #14 in his series on the 900 square inch Cloudster.  The fin detail looks pertinent to a lot of other designs.
Electric Cloudster 900 Project
The fin base is a 1" piece of 1/4" balsa sheet that slips down into the stab center slot. Notice the cut out for the stab's 1/8" center spar. Two 1/8" X 1/4" plywood rectangles were cut to size, drilled, tapped with 2-56 threads, and glued into the bottom of the fin base as shown below. 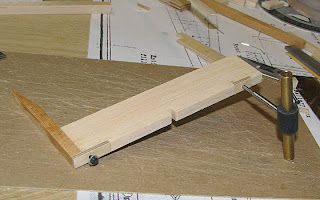 A 1/4" square fin post spruce brace was cut to length, tapered, and glued to the rear of fin base as shown below. The two 2-56 cap screws are used to secure the fin base in the stab slot as will be shown later. 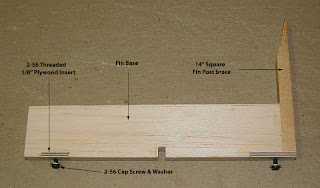 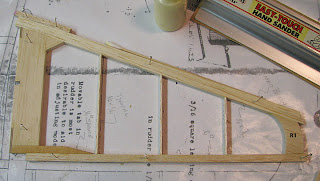 The rudder was lined up on the pinned down fin with a 1/16" gap for the hinge line and the picture below was taken so you could see what the complete vertical tail will look like. 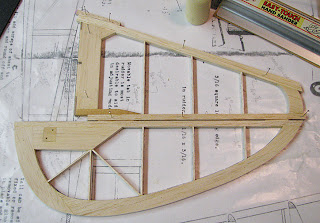