Electric Cloudster 900 Project
Today was spent working through a hinge wire retention system that connects the elevator hinge halves to the stab hinge halves of the horizontal tail. Earlier it was said that the hinge piano wire was .032" in diameter, which turned out to be wrong. Instead the hinge wire is .033" in diameter. A DuBro hinge shown below was selected because the .033" wire was a force fit in the .031" hinge loops. One of the loops was cut off as shown below. 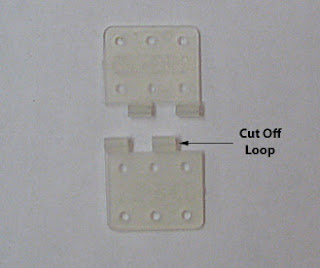 This loop was forced onto the hinge wire to serve as a stop. The fit is so tight it is virtually impossible to remove without pliers. This end of the hinge wire was filed flat (blunted) and the loop was positioned up against the hinge half as shown below. The length of the wire that extends out beyond the hinge on this blunt end is used to grasp with point nose pliers and pull on to extract the hinge wire out of the hinges. 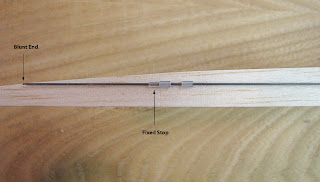 The other loop on the DuBro hinge was also cut off, but a small tongue was left on the bottom as shown below. 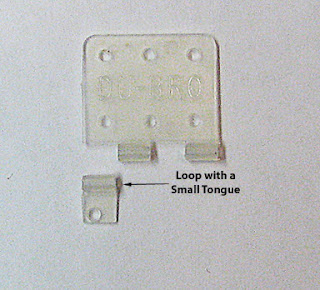 A .032" drill bit was selected from the Micro Mark set of bits shown below. 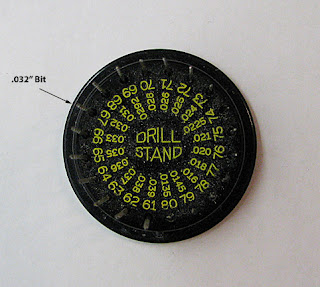 The removable hinge loop (or stop) with the tongue was drilled out with the .032" bit as shown below to provided a friction fit with .033" hinge wire. 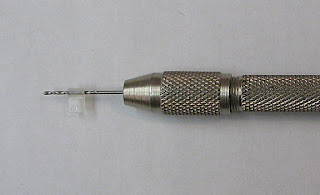 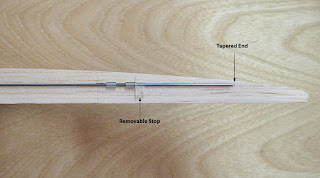