Chester Lanzo at the 1976 SAM Champs at Dayton, Ohio with his 1937 Radio Controlled Championship Model 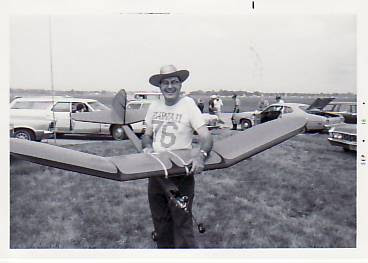 I find Chet Lanzo planes amazing .I built the record breaker but sadly i lost it .I am in the throes of building another ,I do have a friend who builds and flys the airborne and i have decided to build one too ,.What would we do with out a lanzo model ?