I met George Grant at the Planesman's field around 7:00 a.m. this morning. It was a great morning, clear, around 80° and dead calm, but the wind sock was oriented for a NE wind direction. The engine went rich in the power climb on first flight and the Sailplane was brought down.
The engine was leaned out about a 1/4 turn on the needle valve and the Sailplane was launched again. The engine was screaming all the way up the power climb, but I got "gun shy" as the image of the Sailplane grew smaller and I cut the engine prematurely around 29 or 30 seconds. The duration of this second flight 7 min 13 sec.
About half of the down trim was used in the power climb and most of the up trim is used in the glide. The Sailplane transitions well and really glides beautifully with no bad handling tendencies that I could detect. Once trimmed, the Sailplane is as steady as a rock and with no tendencies to roll off to either side. The turns are smooth and the model recovers almost hands off. Also the model did not try to stall or porpoise.
On the third flight, the needle valve was not touched. Again the engine ran extremely well (at peak rpm) during the power climb. The Sailplane stayed in the groove all the way up for the full to the 35 sec engine run. I chopped the throttle at 34 sec and the McCoy 60 cut off at exactly 35 sec. Again the Sailplane transitioned smoothly. The elevator trim was adjusted and a flat glide was established with a heading into the NE. In the early morning air, the Sailplane just seemed to hang there motionless. No particular control was necessary as the Sailplane was truly in a free flight mode. As my good friend Dick Huang used to say, "Just park it up there Tandy until you get your Max and then bring her down and we'll do it again" ! The flight time on this third flight was 9 min 7 sec and that is a Max in dead air. With any lift at all, this Sailplane will have no trouble staying up 15 min or more. Guys, it has been a long time coming, but at last the Sailplane is now fully flight tested and ready for the 2010 SAM Champs, thanks to George Grant's help.
By the way, George took some really good pictures this morning that I want to share with you all..........................Tandy Walker

The Sailplane at the Top of the 35 sec Power Climb 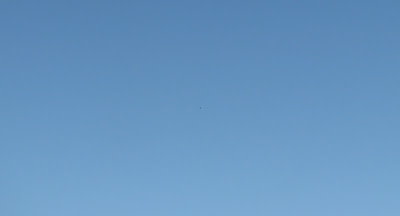 Coming Down Some, but Still Quite High 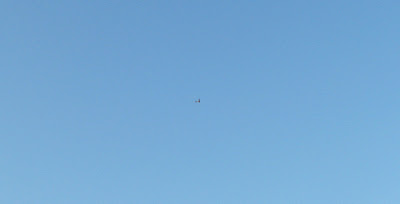 Gliding Smoothly During the Descent 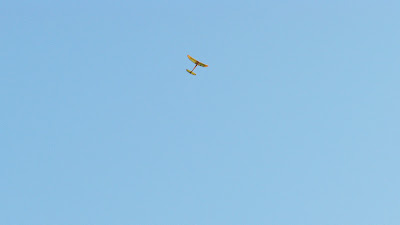 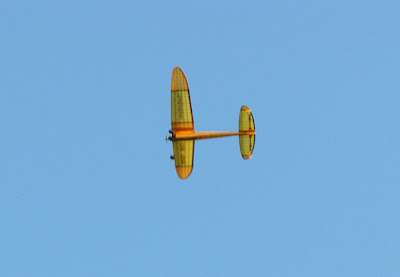 A Focused, but a Most Pleased Pilot 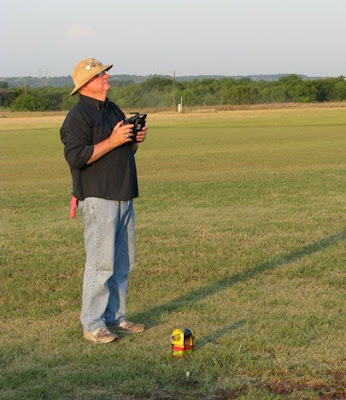 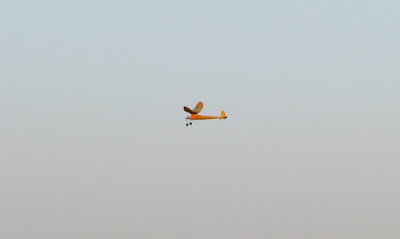 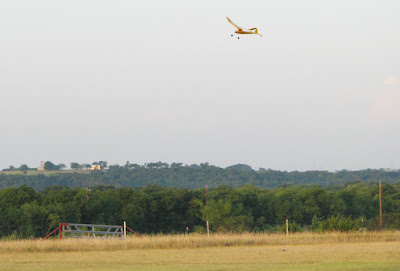 Lining up with the Runway 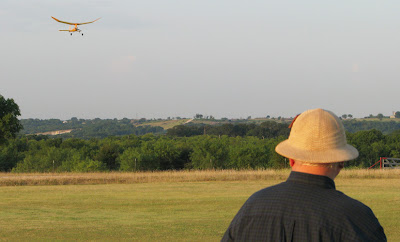 In the Approach the Glide Speed is Unbelievably Slow. 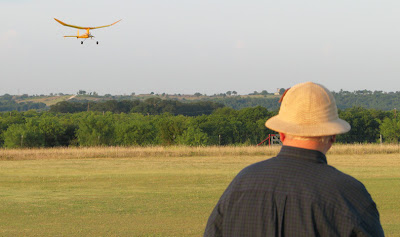 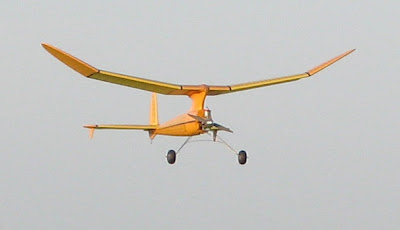 Starting to Flare about Four Foot off the Runway 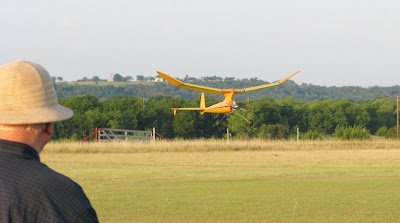 This is Really a Great Close Up of the Sailplane Taken from the Picture Above
(It is hard to Describe Just how Smooth and Stable the Sailplane is.) 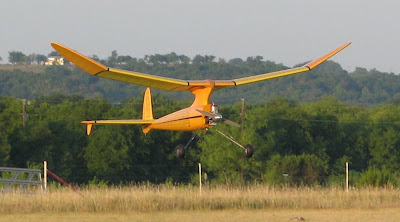 Will the cowl go back on at this point? 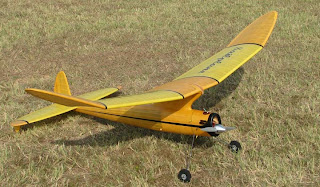