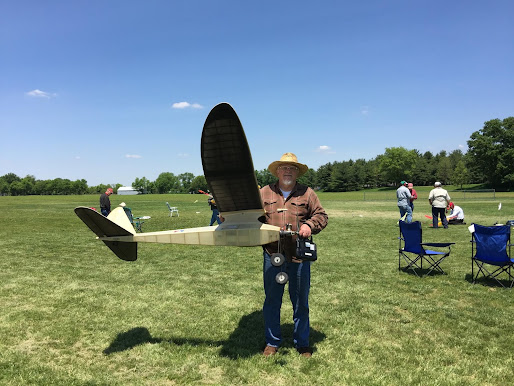 I received sad news today from Diane that Dale Hannum had passed away. Dale was a long time supporter and competitor at many of the Midwest contests. George Shacklett sent me a note just a few weeks ago saying he had contacted Dale. George said Dale had serious health problems, but may get back in touch with old SAM flyers if he improved. George's note said it best, we did 15 TN contests and I think he attended them all. He has done a lot for SAM ,so maybe we can find a way to recognize him. Among other things he compiled a list of all eligible models with photos. He was a real competitor and won many events at lots of contests. To Dalefrom all of us God's speed on your last thermal.