The aeroplane is a Miss San Diego designed by Elbert Weathers in 1936. In the Air Age Gas Models book, it is referred to as the Westerner, which is really the title of the article. Here are some early photos of my Miss San Diego, lacking some trim, ignition system and servos/receiver. Powered by an original Elf Model 1 serial # 117, it will come out at the recommended weight of 18 oz. even with 2 channels for R/C. It is covered with Polyspan which I dyed with Idye-Poly before covering. Available in a number of colors, it looks the same as colored silkspan and eliminates the tedious spraying of tinted clear dope. 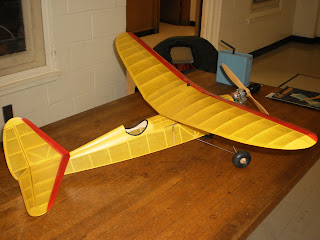 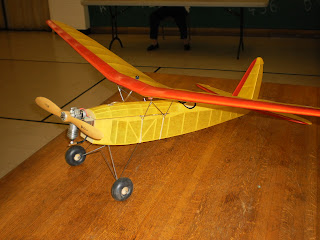 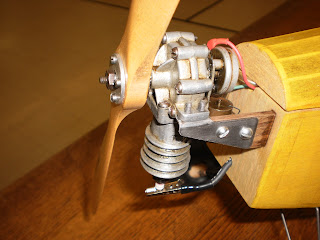 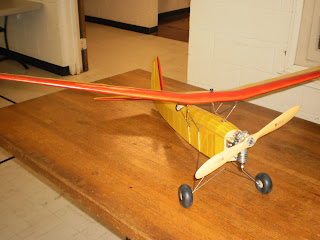 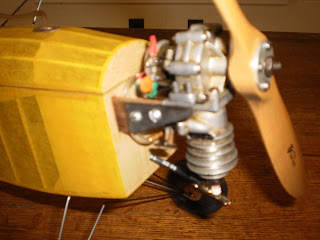