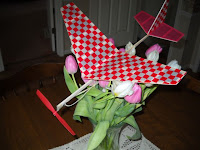 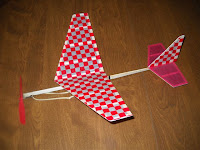 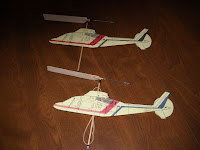 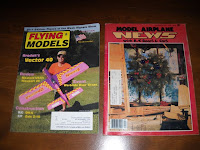 The Monocopter was designed by Bill Hannan. Bill wrote that Charles Sotich flew a Monocopter 80 feet high for over 40 seconds at the West Baden indoor championships indoor site. Full size plans are in the magazine.

The Zaic Z-15 was designed by Jim Lueken and is a tribute to Frank Zaic. Full size plans are also in the magazine.
I could not resists putting the Z-15 in my wifes Tulips. No, she did not pick them in our backyard. Although it is sunny outside, it is also a mild 5 degrees here in Sandusky, Ohio on this 20th day of January 2012.